What’s Next, As Google’s Head Of Search Leaves & Its Machine Learning Chief Takes Over?

After 15 years, Google search chief Amit Singhal is moving on. In his place, machine learning head John Giannandrea is taking over. The rise of the machines? 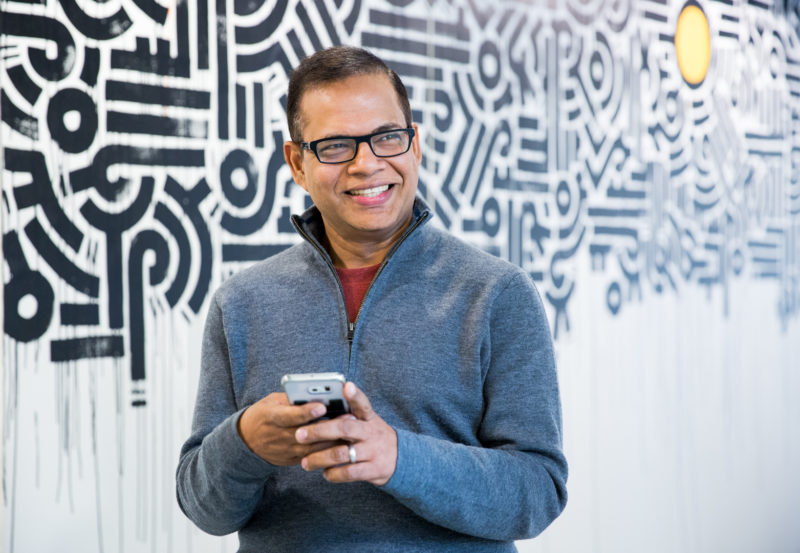 After 15 years, the head of Google Search — Amit Singhal — has announced he’s leaving Google. In his place, John Giannandrea, who has headed Google’s artificial intelligence and machine learning efforts, is taking over. Good, bad or no change for Google? The end of humans shaping search results?

Singhal: Keeper Of The Search Algorithm

Singhal has been a driving force with Google search ever since he joined the company in 2000. Back then, with the company much smaller, he was a roll-up-your-sleeves executive who rewrote the algorithm originally created by Google cofounders Larry Page and Sergey Brin that decided what Google would return in response to searches.

Since that time, Singhal has remained at the helm, guiding Google search through transitions such as the huge increase in documents that Google gathers and processes, the growth of vertical search, experiments (not always successful) with integrating social signals, providing direct answers and perhaps most important, making Google successful in an always-on mobile search world.

Indeed, it’s remarkable that for over a year, Singhal has done all his searches on mobile devices, as I covered in a long interview with him last month. With most of Google’s searches happening on mobile these days, that’s a real commitment to ensure the search team was looking forward, from the very top.

Singhal also oversaw Google’s second major rewrite of its search algorithm, the effort known as Hummingbird, which happened just over two years ago. Unlike his first rewrite, Hummingbird wasn’t the product of Singhal’s direct effort. Rather, he was more the orchestra leader overseeing all involved.

Hummingbird was important because it was designed to ensure that Google had a search infrastructure that could take in new signals and respond to changes better than in the past. It’s often misunderstood as Google just getting some type of semantic smarts, a better ability to understand natural language queries. It was far more than that.

Before Hummingbird, the engine within Google’s search engine was like that of a car from the 1950s. It ran on leaded gas. It didn’t have fuel injection. The ability to upgrade it with new technology was limited.

Hummingbird was Google’s effort to design an engine that was ready for anything. In car-speak, it could run on unleaded gas, liquid natural gas, hydrogen or electricity — or use those in combination. And if someone developed clean-burning fusion power, the engine could adopt that, as well.

In search engine terms, this meant that Hummingbird could keep using the main “signals” that help Google understand how to rank web pages. Analyzing how people link to pages has remained, to many outsiders, as the most important of the many signals Google uses. But Google did improve its ability to understand the language used on pages, to gather and display direct answers and facts to some questions rather than pointing to web pages.

And Hummingbird clearly has been working to integrate the next big chapter in Google search: machine learning.

Last year, it emerged that Google had developed a system called RankBrain that used machine learning to improve its search results. Indeed, Google even said RankBrain was the third-most important signal involved with ranking pages. That was a revolutionary change. In my time covering search and Google — nearly 20 years now — nothing I know of has become that important as a publicized new signal so fast, other than the change to depending more on links that made Google its original success.

Until recently, Google’s algorithm has been largely about humans writing code designed to figure out what other humans think would be good answers to search queries. Links from one web page to another reflect a form of humans voting in favor of pages. Code is written to count and weight those links in a way that seems useful. The use of text on a page, how often and where, is another thing that can reflect quality as perceived by humans. Again, code is written to analyze this.

[pullquote]To greatly simplify, it’s like teaching the search engine to paint by numbers, rather than teaching it how to be a great artist on its own.[/pullquote]

Code is written to determine the authority of a site, to help understand connections between words and for other factors. But core to all of it are humans trying to understand other humans, not actually teaching machines to understand humans. To greatly simplify, it’s like teaching the search engine to paint by numbers, rather than teaching it how to be a great artist on its own.

I hesitate to go with that analogy, because it suggests that the Google search engine of today isn’t very smart. It is, and many brilliant people have been involved in turning it into a dependable, amazing resource that’s used by millions each day. But a machine learning Google potentially could be smarter. Possibly, it could be cheaper to run, both from an engineering standpoint and the constant maintenance of keeping the human code up-to-date. Most important, it perhaps could be even more adaptable to changes that might come.

With Giannandrea taking over, there are many who will take that as a sign that the machine learning revolution for search is now the future. It’s both a shift in leadership and a shift in where the leaders have come from, in terms of tackling the search challenge.

That’s probably a fair assessment, too. Machine learning has already grown much within Google and is clearly set to continue. However, it’s not likely to be an overnight revolution, when it comes to Google search. Instead, it’s more likely to be the tired but true “evolution, not revolution” unfolding that we’ll see.

For all the importance Google has attached to RankBrain, we’ve actually seen few details that demonstrate how it really works. Google’s literally only given two or three actual examples. It talks about the RankBrain changes in broad generalities, to the degree that at times, it can feel like it’s more a PR exercise than substantial ranking change.

In particular, from what little has been revealed about RankBrain, it seems far more about better understanding what someone enters into a search box and translating that into another similar search behind the scenes that understanding what pages should rank best for a particular query.

For instance, one of the few examples Google has given for RankBrain improving search was for a query on “What’s the title of the consumer at the highest level of a food chain.” RankBrain, it seems, is very good at understanding that search is effectively the same as a search for “top level of the food chain.” As a result, again as best can be told, behind the scenes, RankBrain causes Google to retrieve answers for that broader and more common search.

That is far, far different from RankBrain itself actually combing through the billions of pages within Google’s collection and somehow knowing magically through machine learning which pages are best. Indeed, that would be an incredible accomplishment.

Knowing what’s a picture of a cat is largely an objective, factual thing. Many people will agree on what’s a cat. Knowing what’s the best web page for a particular search has been always a largely subjective activity. People can disagree. That’s why Google gives you 10 results, not one.

Over time, RankBrain might be able to handle processing more and more of the various signals that are currently analyzed through hand-written code to improve the Google algorithm. Already, according to Google, it’s supposedly doing some of this. But it seems unlikely that overnight, the machines will take over.