How marketers cope in an increasingly-skippable advertising environment

Are skippable ads the inevitable future or the beginning of the end? Here's how advertisers fight to remain relevant in a world where audiences have all the control. 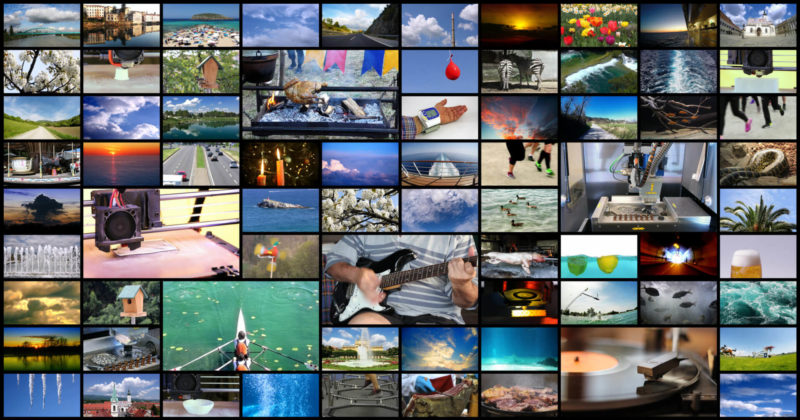 If you’ve seen the “15 Million Merits” episode of “Black Mirror,” you’ll know why it’s sparked so much conversation about advertising and its role in our culture.

If you’ve not seen it, here’s a quick recap: In a not-too-distant future, advertisers charge people credits or “merits” to skip ads. They make sure the ads are entirely viewable, on a larger-than-life screen that encapsulates every person’s entire living area, and the ads are not always pleasant or welcome. It’s a scary, interruptive onslaught on all the senses, but it’s also not completely far off the mark.

Since the beginning of advertising, there has been a constant battle between reaching the right audience while not being too interruptive. Given the common belief that the average attention span for video viewers is 8.25 seconds, advertisers have scrambled to find new ways to reach people.

This challenge has come to a head in the last few years as users have gained the power to block ads entirely. This has pushed some platforms to integrate user controls over their ad experience, most notably allowing people to skip ads after they’ve watched for a certain amount of time.

While this change seems to have curbed some viewer irritation, it’s still a common refrain that skippable ads are annoying because they force the viewer to proactively skip every time, taking them out of the viewing experience.

While YouTube just announced the ability for almost any channel to implement non-skippable ads, expanding the list from a select few channels, it remains to be seen how many creators and channels will opt in for this. It’s safe to say that TrueView skippable ads aren’t going away immediately.

Additionally, viewers will likely not see a drastic change in how many ads (skippable or not) they will actually see, and the move is likely an attempt to show smaller YouTube creators that the platform is trying to help them monetize their videos further.

Are skippable ads the inevitable future or the beginning of the end? It’s both, as advertisers fight to remain relevant in a world where audiences have all the control.

What is certain is that advertising as we know it is going to change drastically over the next few decades, and it wouldn’t be surprising if skippable ads were part of that future.

There are two things at odds with the way audiences want content on the internet: they want access to an infinite amount of content but aren’t willing to pay much (if anything) for it. The traditional model has been to provide the content for free but pay for it through forced non-skippable advertising.

Radio listeners were the first to accept this, followed by broadcast and cable television viewers. With the advent of the internet, it became possible to share content without ads and the technology proliferated so quickly that the advertising world has only begun catching up in the last few years.

A recent Ipsos study found that people are three times more likely to pay attention to online video ads compared with TV ads. Now, it appears that aggregated digital streaming services will supplant linear TV as the most common way of watching content. With that, control comes back to the content providers.

Some platforms opt for a straightforward model, where the user pays a monthly subscription fee for access to content ad-free (such as Netflix). YouTube also started as a free service, but with user experience always in mind, they offered different ad formats and shared the revenue with creators. They started with a few different non-skippable ad formats, primarily the 15-second and 30-second slots that television advertisers were used to.

In addition, they offered a skippable unit referred to as TrueView that allows videos of any length to run as pre-roll while the user can skip after five seconds. To get the most bang for the buck, advertisers are only charged when the user watches 30 seconds of the ad (or when the ad is completed, whichever comes first.)

The psychology of how to get people to not skip ads is a conundrum, but there are two ways to combat it: address it directly to the viewer and provide interesting enough content to engage them. An example of this is how the network SyFy created three custom spots to promote a series that began with an ad imploring viewers not to skip it.

According to Adweek, this helped SyFy reach more people because the message was clever by addressing the reality that viewers were planning to skip from the start. By acknowledging this and standing out from ads that viewers would automatically skip, more people stayed to watch the SyFy ad to the end

The network learned that “viewers prefer watching different types of content surrounding a show as opposed to just a trailer,” according to the article. They used a straightforward message (“Don’t skip!”)  and coupled that with unique content to keep viewers hooked until the end of the ad.

Another online video ad format that is starting to gain steam is the six-second bumper. This format essentially puts an end to the “skip or not skip” argument because of its short length. Recent Google studies have shown that the bumper ad format is much more effective for mobile video consumption, leading Google to prioritize this format for mobile devices. Here is an example of a six-second bumper:

The challenge for advertisers is that six seconds is not much time to tell a significant story or accomplish branding, awareness or recall. However, we’ve started to see the use of sequential targeting (showing ads in a specific order for each user) with the bumper in order to accomplish the same or similar effect of longer-format ads. Additionally, the cardinal rules of all effective ads ring true for skippable ads — make sure they are:

If it’s something they would be interested in watching if it weren’t an ad, you’ve done your job well.

While no one can be sure what the future of advertising holds, let’s hope that it doesn’t resemble anything close to “Black Mirror.” What is clear, however, is that skippable ads in some form aren’t going anywhere anytime soon.

While most people would prefer them to those they are forced to sit through, it’s a safe bet that most will choose to skip unless advertisers give viewers a good reason to stick to the end — speaking to the viewers as human beings and providing unique, clever content that engages with them in a targeted way.

Mark Williams
Mark Williams is Senior Director, Media Operations at Fullscreen. Mark combines a love of film and art with 10+ years in tech and internet marketing. He began his professional career in Los Angeles working in independent television and film. This experience led to an interest in online entertainment marketing. Before joining Fullscreen, he was a Senior SEM Manager for Demand Media, and earlier worked at Shoes.com managing AdWords and MSN AdCenter campaigns. Mark is a seasoned pay per click specialist, having managed $150MM+ in search engine marketing advertising dollars across AdWords, Yahoo! and Bing.