As HomeAdvisor’s senior vice president of marketing, Allison Lowrie oversees everything from brand management, customer acquisition and marketing intelligence to communications and creative production for the online network of home improvement resources. Leading HomeAdvisor’s marketing efforts since 2010, Lowrie was part of the team that managed HomeAdvisor’s extensive re-brand in 2012, which included the launch […] As HomeAdvisor’s senior vice president of marketing, Allison Lowrie oversees everything from brand management, customer acquisition and marketing intelligence to communications and creative production for the online network of home improvement resources.

Leading HomeAdvisor’s marketing efforts since 2010, Lowrie was part of the team that managed HomeAdvisor’s extensive re-brand in 2012, which included the launch of a major national television campaign.

HomeAdvisor’s re-brand from ServiceMagic was covered last year on our partner site at Search Engine Land, offering insight on how the brand was able to transfer over a million URLs without damaging its SEO efforts: How One Brand Switched a Million URLs and Lived to Tell about It.

Prior to HomeAdvisor, Lowrie served as a product marketer at Cars.com. While managing online programs to maximize profits for major auto manufacturers, Lowrie launched new products for the site, spanning more than 175 local markets.

After earning her business degree from the University of Richmond, Lowrie spent the early part of her career in her hometown of Boston, learning the basics of marketing and advertising working for Fidelity Investments, Arnold Worldwide ad agency and Boston.com. My iPhone! I recently had a nightmare about leaving it on top of my car roof and driving away…that was scary. Tripit – keeps all of my travel plans organized so I know where to be and when.

I am the most productive early in the morning and late at night, but I really like the interaction with my colleagues during the day.

In the past year we have launched and tested several new (to HomeAdvisor) marketing channels – a national television ad campaign, a direct mail program, and a consumer email program.

I love the process of designing and launching something new, even more so when it works.

I live in sunny Colorado and I have a laptop, so my office is wherever I am at the moment.

I keep just about everything on my computer, except I’m really old fashioned about one thing in particular: I have to have a hand-written to-do list. My Mom always kept a daily to-do list in a stenographers notebook. I guess I learned young and old habits die hard. 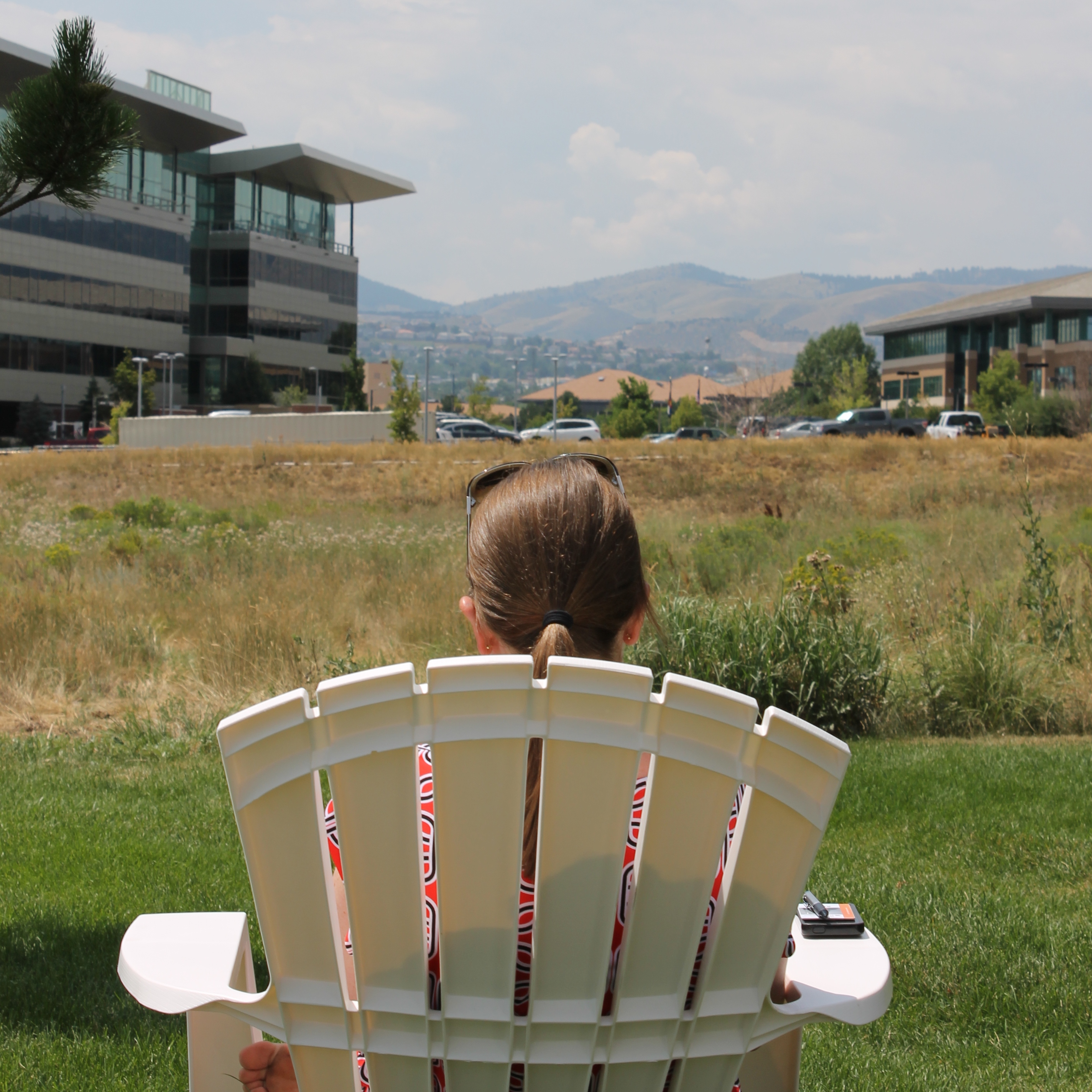 Probably around 40,000 – lots of trips to the West Coast for television production projects.

Fifteen years ago, my first job was at an ad agency and my client was a cruise line. They used to send me on cruises for “research purposes.” The best was a trip to Southern California and Mexico.

I actually don’t mind being kept up at night. My mind is usually more clear and I have an easier time solving problems than when I’m in ‘work mode’ or ‘mom mode’ during the day. It gives me a chance to re-frame challenges and think about how to solve them differently.

Most recently, I’ve been focused on figuring out what is the next real battleground for HomeAdvisor. We re-branded two years ago, and we are finally hitting our stride.

My goal is to figure out how to make sure that people know about HomeAdvisor.

I think there are elements of almost any project/campaign I’d like to go back in time and retool. Right now we’re in a phase of test and learn, so at any given time a good portion of our marketing campaigns are in test mode.

I can think of one in particular where we launched too many test variables in a market and ended up with really muddy results. We saw ‘results’ but had no idea whether it was the TV, radio, email or direct mail that had the greatest impact.

You learn things along the way and, unfortunately, sometimes it’s the hard way.

I’ve been really lucky to find myself working with incredibly smart people throughout my career. One such was my boss at Cars.com in Chicago, Dennis Galbraith. He was the first boss I’d ever had who really let me run with things on my own, but was always an advocate of my work.

So much of the way I lead my team is a direct result of Dennis’ teachings. My Dad has also been a big influence. He taught me the importance of being kind and listening to others, which sounds like such a basic principle but is too often overlooked.

I once had a boss who said he valued two things: Smart and Nice. I have to say, it doesn’t get a lot more complicated than that.

Whenever I am hiring, I look for people in the upper right-hand quadrant of the Smart/Nice chart. Of course it doesn’t hurt for any marketer these days to be creative, curious, and highly analytical.

I was a nationally-ranked Synchronized Swimmer in college.

For a while, I thought about becoming a therapist. I like listening to people’s problems and helping them find solutions.

In business, Marketing plays that role. It’s all about listening to your audience and finding a way to position your brand as a solution to their problems.

Hands down, pastry chef. Seriously, find me someone who wouldn’t want that job!

The last book I read was Predictably Irrational by Dan Ariely. He does a good job illuminating certain aspects of consumer behavior around decision making – what really happens and why.

I also really like his approach, which is to prove theories through a series of smartly designed tests.

I thought Expedia did something clever with their #throwmeback campaign.

They’ve encouraged people to post nostalgic summer trip photos to Instagram or Twitter for a chance to recreate the trip. It’s a creative way to connect with users via social media in a way that seems genuine to the brand.

Where was your #TBT taken? Share your photos for a chance to be thrown back. #ThrowMeBack. http://t.co/K6k9QXBDhd pic.twitter.com/ncRurv5P5q

They also did a nice job supporting the campaign with TV, social and digital.