Don't believe the naysayers. Columnist David Rodnitzky explains why the paranoia surrounding ad blocking is exaggerated and why it will never happen en masse. 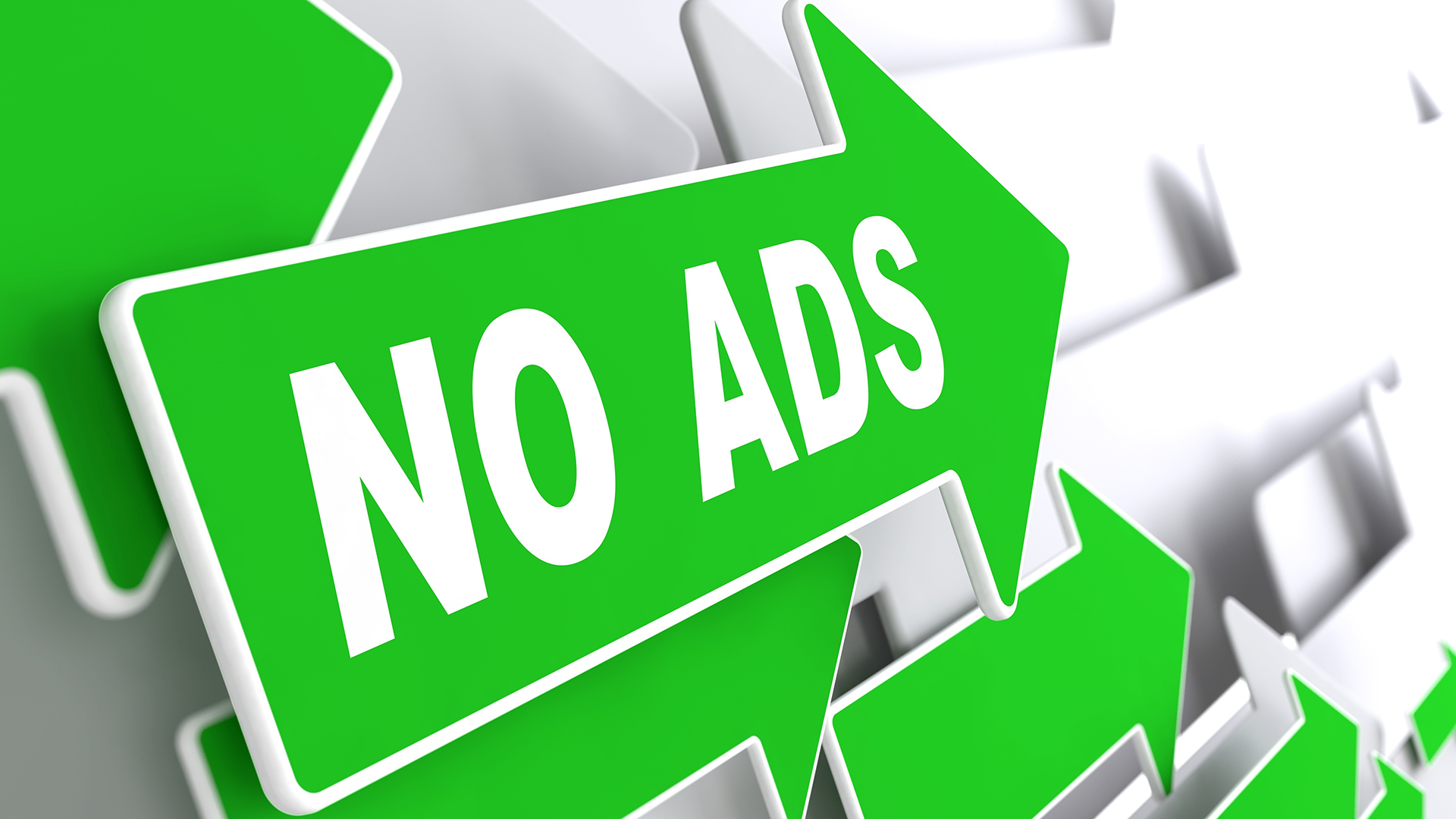 A classic scene in Monty Python’s “The Life of Brian” has the leader of a rebel movement asking the rhetorical question, “What have the Romans ever done for us? Nothing!” Before he can continue his battle cry, he’s interrupted by someone in the crowd, who suggests “aqueducts.” Soon someone else chimes in “roads,” then another adds “security,” and so on.

Ask the average man on the street what online advertisers have ever done for him, and you’ll likely get complaints about pop-ups, overly aggressive retargeting banners, and pre-roll video. Yes, online advertising is a scourge upon the people. If only there were a way to destroy it, life would be so much better, right?

Enter the ad blocker: salvation in the form of simple software that removes ads from a consumer’s online browsing experience. No more ads, just the internet in its purest form, as its creators intended (God? Al Gore? Sir Tim Berners Lee?).

After all, what have online ads ever done for us? Nothing!

Well, they do help support all the free content we consume online. That’s one good thing about ads. Oh, and — when done right — they actually enhance the user experience by providing relevant content. That’s another benefit.

But other than the free content and relevant experience — absolutely nothing!

Google and Facebook — which collectively control more than 50 percent of the internet advertising world — are really good at two things: creating highly valuable user experiences and monetizing those users.

Few Americans go a day without using at least one of these two companies’ services, which include Google Search, Gmail, Google Maps, Google Calendar, YouTube, Waze, Facebook, Instagram and WhatsApp. The two companies employ about 70,000 people worldwide and are growing their employee base by more than 10,000 employees a year.

All those employees (and their ridiculous perks) cost money. In a future world where a large percentage of users blocked ads on Facebook and Google sites, those 70,000 employees — and millions of shareholders — would be in a bad state. Google and Facebook won’t let that happen.

My prediction: If ad blocking really became a trend — and major internet publishers started to see revenue decline noticeably — the publishers would come up with an ad blocker-blocker. In other words, if you had an ad blocker installed on your computer and you visited a Google or Facebook site, you’d get a welcome screen that said something like this: “Thank you for visiting Google! Our site is supported by advertisers, and we noticed that you are using an ad blocker. To continue to our site, you must first disable your ad blocker.”

Given the choice between an ad-free experience without the most popular sites online and ad-supported but free content, almost all consumers will opt for ads.

But what about Netflix and HBO? Those companies charge for ad-free content; isn’t that an alternative, too? Indeed, both companies have made massive investments in unique content over the last few years, because they realized that consumers’ willingness to pay for content is decreasing.

In other words, simply providing access to month-old movies is no longer compelling to consumers — that business is a race to the bottom. (Amazon is giving this content away for free to its Prime users.) So the only way for Netflix and HBO to remain viable is to develop premium content to protect their subscription businesses.

Google and Facebook, by contrast, do not develop premium content; they rely on the internet and internet users as the source of their content. Consumers would not tolerate paying a fee to access, for example, their own social network on Facebook, or a search engine. Ad-supported revenue seems to be the only viable option for these businesses.

Ultimately, however, I don’t think we’ll get to a point where major internet publishers will need to block ad blockers. I say this because I believe the ad industry will improve the ad experience over the next few years to eliminate the need for ad blockers.

This, by the way, is not a utopian fantasy, but rather an actual trend. To understand this trend, let me provide a quick history of advertising. Mass media advertising as we know it basically started with TV advertising; the proverbial “soap opera” of the ’50s was so named because the shows were actually sponsored by soap companies.

TV advertising has been sold for years through a very simple formula: The advertiser that pays the most money for an ad spot wins. So if you’re watching TV and a totally irrelevant ad is shown to you (Let’s say a man sees an ad for a tampon), too bad; you’ve got to watch it anyway.

Then, in the late 1990s, two things happened: first, TiVo was invented — technology that enabled consumers to skip commercials. Second, the internet went mainstream and led to the rise of Google.

When Google launched its AdWords advertising system, it deviated from the TV model (highest price wins) by adding Click Through Rate (CTR: the percentage of people who click on an ad) into its ad serving equation. CTR is essentially a proxy for relevancy — so irrelevant ads eventually stop showing on Google.

In other words, Google changed the ad from a distraction to a relevant part of the user experience. When Facebook launched its advertising platform, it followed Google’s lead in this respect.

As I noted in a column for The Huffington Post, Google has further improved its system for serving relevant ads through the concept of “Quality Score”:

[blockquote]Quality Score not only factors in CTR, but also the relevancy of an advertiser’s landing page — evaluated in part by human reviewers and in part by data Google collects on how people interact with that page. Put another way, Google rewards advertisers for both creating ads that consumers like and creating Web sites that drive positive consumer experiences. As one senior Google product manager told me, Google is optimizing not just for a single click, but to ensure that consumers will find enough relevancy in Google ads that they will click on ads in the future.[/blockquote]

There are still large parts of the internet advertising world that have yet to embrace the concept of rewarding both revenue and relevancy. Perhaps the biggest offender is the display advertising (banner ads) world, which still operates like TV and radio — the highest bidder wins. But there are signs that all of this is changing.

Indeed, Google has already tried to disrupt all three industries — first with Google Radio and Google TV (both failed), then with the purchase of DoubleClick and its programmatic ad exchange.

Though Google failed in its first attempts with TV and radio, it may get a second chance to compete in TV soon. TV inventory is slowly becoming programmatic (bought via automated auctions) and addressable (enabling advertisers to target ads to the specific person watching, through a combination of IP address targeting and first-party data from cable providers).

And display advertising is also changing. Facebook recently announced an expansion of its Facebook Audience Network (FAN), which enables publishers and advertisers to run ads across the web using Facebook’s rich demographic and psychographic data.

As ads become more targeted (through better data), and as ad networks demand more relevancy from advertisers, the result will be laser-targeted ads that are as valuable as the content a user is viewing. And while there may still be users who don’t want to see ads on principle, or are creeped out by ads being too relevant (Example: a situation where Target knew a woman was pregnant before she did), the majority of consumers will accept advertising as an acceptable part of their surfing experience.

In a future world where ads are so great that consumers don’t even want to block them, the big losers are the advertisers, publishers and agencies that can’t comprehend this evolution.

There is an “advertising industrial complex” that employs hundreds of thousands of people whose livelihoods depend on the continued viability of the current advertising system. Agencies, for example, that value awards for creativity over data-driven analysis are likely to struggle in this new world.

Similarly, brands that believe reach is more important than targeting will find their ads failing to show up as much as they want, because they are not relevant enough to specific consumers. And publishers who insist on running ads on price only will find consumers looking elsewhere for their content.