Think another brand stepped in it by unintentionally giving offense? That's just what Audi and its agency want you to think. 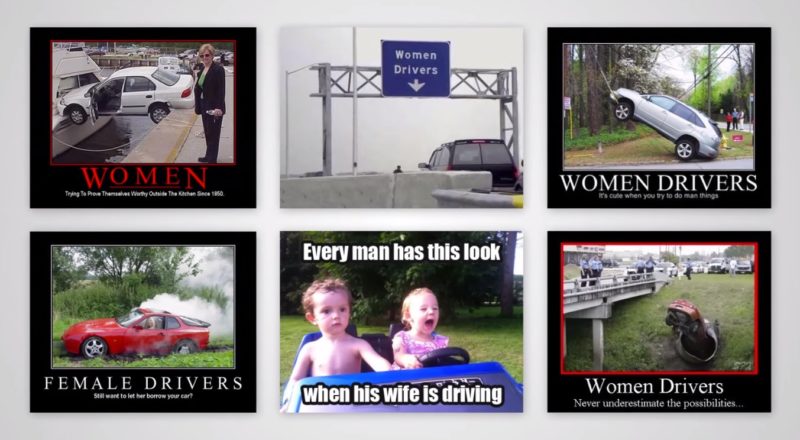 Stereotypes. Sometimes loosely based on facts. More often based on isolated situations that are then propagated into gospel. Either way, not really a good thing for a race of sentient beings attempting to better themselves and improve the way of human life.

Enter the stereotype that women drivers are bad. In fact, the notion was pretty much institutionalized thanks to super-stereotypical advertising in the Mad Men era when women were painted as helpless being who didn’t know the difference between a steering wheel and a gear shift.

Nothing of course, could be further from the truth and, as a press release from Audi Ireland so eloquently puts it, no one drives with their genitals so why should we assume a person with a certain set of private parts drives better than one with another.

Working with Atomic, the automotive brand launched a brilliantly rick roll-esque social media campaign to combat the stereotype, luring in viewers expecting to see a stereotypical sexist put-down. The technique attracts both folks who hold this view of women drivers and those who click through with the intention of being incensed by a brand’s insensitivity to half of the human race.

Audi perpetrated its trick by latching onto the already popular hashtag #WomenDrivers, which is usually populated with hundreds of derogatory women driver memes. The company gathered up some of these memes, made some of its own, attached the #WomenDrivers hashtag and linked to content celebrating how women are driving business, technology or innovation. Surprise!

If a woman wants to drive… don’t stand in her way! #womendrivers #fail #audi http://t.co/NmIe4yd8i9 pic.twitter.com/3Aouhz6ekU