MarTech » Performance Marketing » A six-pack of predictions for martech

A six-pack of predictions for martech

As a turbulent 2016 creeps closer to an end, columnist Lewis Gersh dusts off his crystal ball to see what the coming year holds in martech. 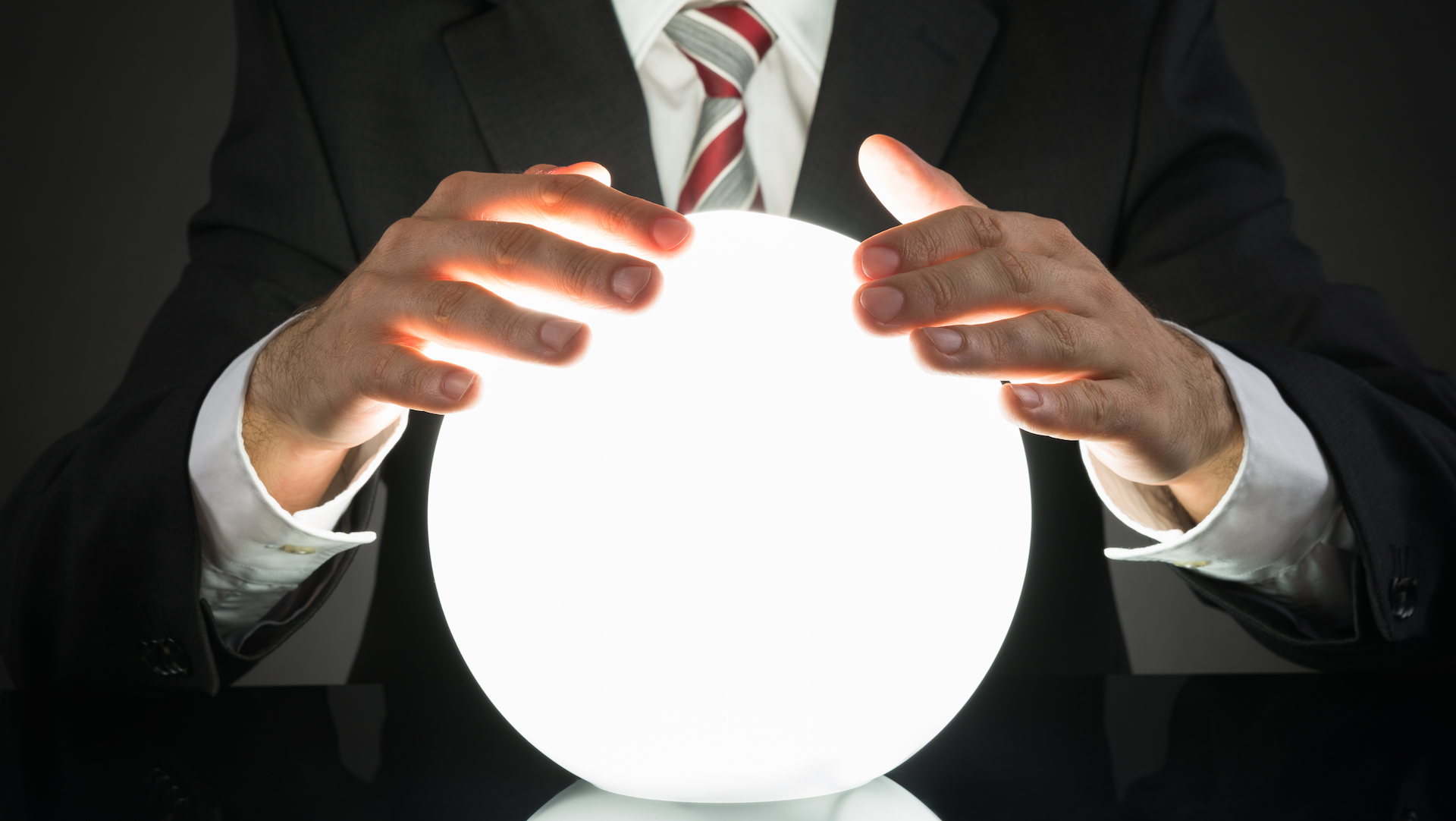 In 1908, Hamptons Magazine made a bold prediction: “When the expectations of wireless experts are realized, everyone will have his own pocket telephone and may be called wherever he happens to be … When that invention is perfected, we shall have a new series of daily miracles.”

Wow. Predicting the advent of mobile a century in advance — that’s setting the prognostications bar pretty high. Don’t know if I can match that, but I’ll do my best to foretell what 2017 will bring in marketing technologies.

1. A scandal involving digital marketing will result in a major lawsuit

This is the one rock-solid guarantee that I can offer for the coming year. In fact, the only real question is which scandal will lead to court first.

Certainly, any industry in which up to 40 percent of inventory/supply is fraudulent is ripe for litigation. And when the CMO of a public company knows a significant chunk of the budget is absorbed by fraud, that introduces the possibility of a class-action shareholder suit for misuse of corporate assets.

But I’d say the odds-on favorite for a scandal sensational enough to splash down in the mainstream will be an egregious violation of user privacy, perhaps involving retargeting of consumers through ambient listening technology in their devices.

Think that can’t happen? Think again. At the request of a BBC reporter, a couple of cybersecurity experts jury-rigged an app that used “the existing functionality of Google Android” for theoretical retargeting. The reporter made the request while investigating anecdotal reports of consumers receiving digital ads after merely mentioning certain products or services around their smartphones.

One of the builders, Ken Munro, explained how the homemade ambient listening app worked: “We gave ourselves permission to use the microphone on the phone, set up a listening server on the internet and everything that microphone heard on that phone, wherever it was in the world, came to us and we could then have sent back customized ads.”

He concluded: “We have proved it can be done … Does it happen? Probably.”

That’s not news to me. Apps do this already and have for five-plus years. I built the largest portfolio of retargeters — and I know what my CEOs were asked to do. Now envision image recognition from TVs in your home.

2. CMOs will be held more accountable

I suppose some of you might look at this as a bad thing. I get it; in some ways, marketing has never been harder. The extreme reliance on big data has introduced an element of artlessness to what used to be an elegant profession. It’s also hard to win any argument that involves gut instinct versus hard numbers.

Still, I say a moment of reckoning would be healthy. And it’s long overdue. Over the years, I’ve noticed in a periodic down cycle, there’s belt tightening and CMOs report up to CFOs for a while. Lately we’re seeing a renewed focus on ROI. Or ROAS: return on ad spend.

3. Complete programmatic optimization will get closer to reality

Last month, I devoted an entire column to this topic. I think it’s that important. Marketers have to integrate data to the point where they can actually make programmatic decisions across channels.

I see that getting closer to reality throughout next year. It’s already happening to some extent in digital. There’s some programmatic optimization now between display and video, for example. That serves as great training wheels for the broader process, showing where it could eventually go.

Once marketers can truly go cross-channel, that will enable them to defeat pain points while leveraging strengths within each channel. I see that growing in 2017 and becoming a monumental sea change five years down the road.

Consolidations will probably slow down in 2017. They would almost have to, coming off a year in which there were 34 digital M&A (merger and acquisition) events in the first quarter alone. But there will still be a significant number.

This isn’t entirely bad news. Some consolidations are good, particularly if a strong, reputable company absorbs a company with a good foundational concept that has been plagued by poor management or questionable business practices. Others will involve companies that have stranded themselves in the marketplace.

Still, concentrating too much wealth or power in too few hands has rarely turned out well in any historical context.

Jeremy Pink, our editor-in-chief at my first venture, used to say the average person on the web had the attention of a gnat. He wasn’t far off. Supposedly, the average person now has an attention span of just eight seconds. That’s one second less than a goldfish’s, according to Microsoft (PDF).

The implication is that consumers lack the capacity to absorb media of any length or complexity. But a number of trends, including a growing tendency toward binge-watching entire seasons of TV series, seem to refute this.

So which interpretation is accurate? Both. Yes, with so many stimuli coming at them on their devices from all directions all day long, consumers are more inclined to make snap judgments. They’ll bail on any media presentation that doesn’t engage them immediately. Once they find something they want, however, they devour it.

All the more reason smart marketers focus on providing quality content based on relevancy and situation.

How will shifts in social media impact digital marketing in 2017? My outlook is a definite “meh.”

I feel like I should have a hot take on this topic, particularly in light of Vine’s closing up shop and Twitter’s announcement of more layoffs amid rumors of an impending sale. But honestly? I really don’t give a tweet.