The wildlife advocate uses unique data to help people empathize with a species in danger of disappearing. 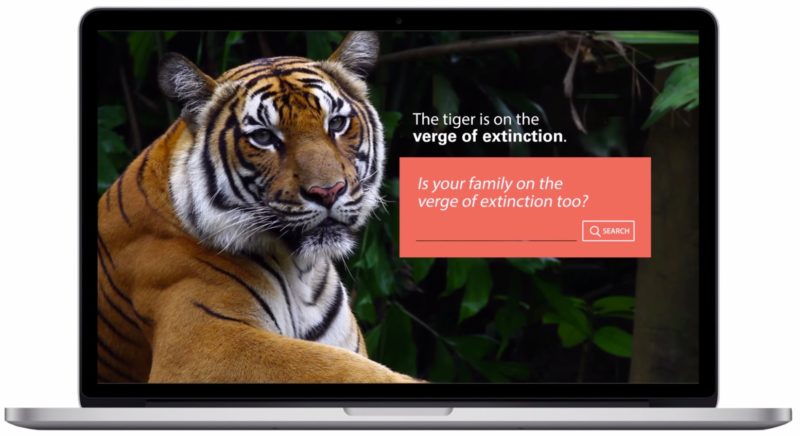 Central to the campaign is a website on which Belgians can search their family name to determine how many are left in the country. The site encourages people to donate to the WWF cause and adopt a tiger which involves signing up for an ongoing monthly donation.

The WWF also teamed with famous Belgians who had a family name on the verge of extinction. These well-known celebrities created online videos that were posted to social media to urge others with potentially extinct family names to take part in the campaign.

These famous Belgians were also sent personalized campaign t-shirts which they posted online.

A direct mail component reached out to the Belgian families with the rarest names explaining how they could join the campaign as well.

Many Belgians shared their family name extinction status on Facebook and Twitter as well as discussing it on radio and TV shows.

Within one hour of launch, the campaign became the number one trending topic in the country reaching 1 out of 3 Belgians on social media. In two weeks, the campaign generated more online donations than WWF Belgium typically receives annually.