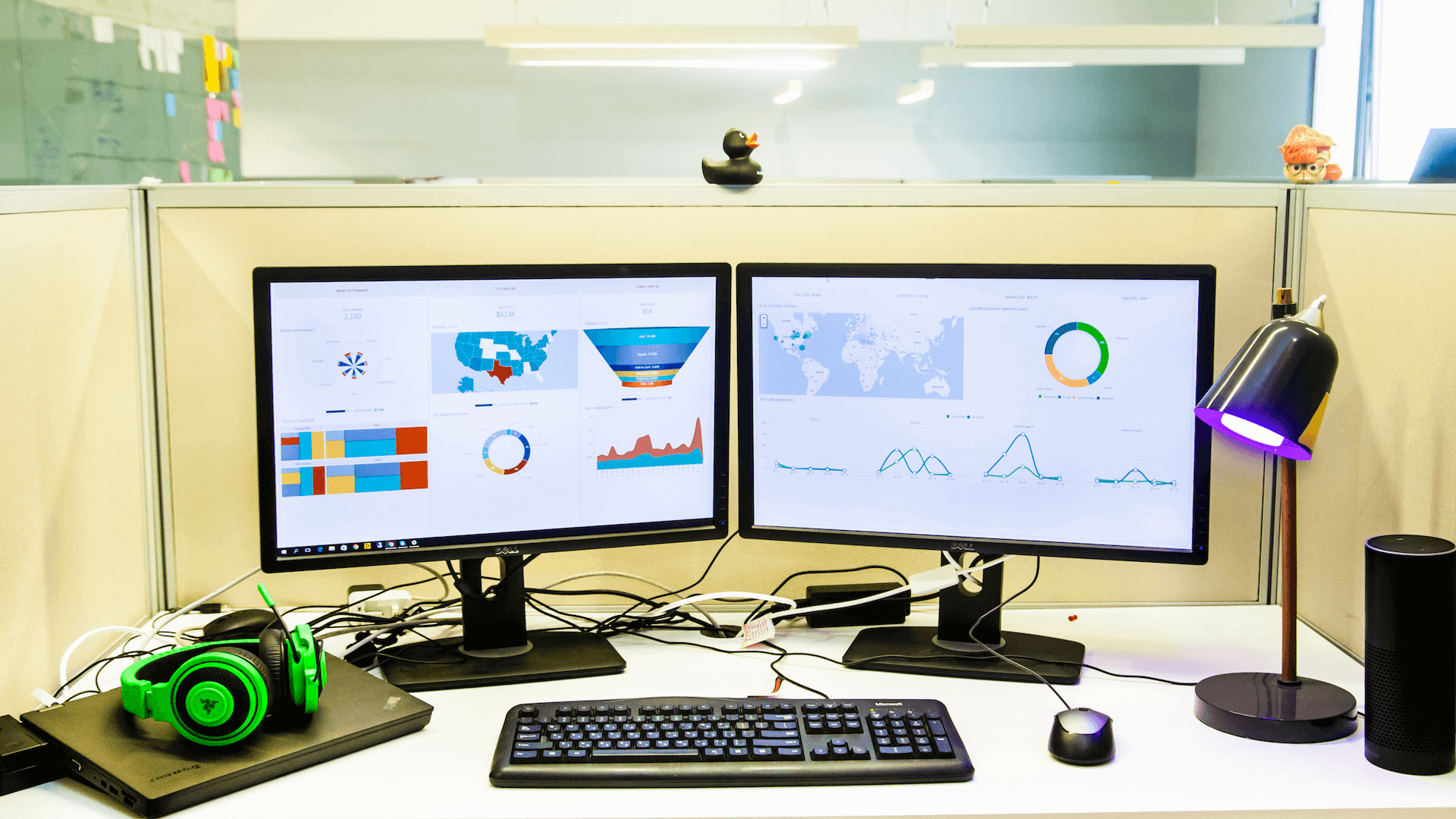 Want to find out how last year’s revenue compares to this? Maybe you should just ask out loud.

Or maybe the color of your desk lamp can tell you if you’re meeting your sales targets.

Those natural interactions are part of new interfaces to query the business intelligence platform of New York City-based Sisense. The company, which says it has more than a thousand corporate customers, has rolled out in the last few months interfaces for Amazon Alexa, chatbots and connected lightbulbs.

“Our entire focus is on simplifying complex data,” CEO Amir Orad told me. These new kinds of natural interfaces, he said, mean that one can avoid the thought processes developed by 30 years of screen-based dashboards, so you can just ask for what you need.

The three interfaces are jointly called Sisense Everywhere. Although companies like marketing analytics firm Datorama have launched an Alexa interface, he said that, to his knowledge, no other data firm is offering three distinct choices of natural interfaces.

For Alexa, a user might ask such questions as: “What are my opportunity wins for this quarter over last?” or “How does my growth in leads for Europe compare to the US?”

Orad said the questions can be “more or less open-ended,” particularly since his company specializes in making relationships between structured data on the fly. In other words, IT doesn’t need to set up the relationships in advance as relational databases. The Sisense platform is designed to call up data from different parts of a company, such as from a database on-site, one in Salesforce, and Google Analytics.

In the Sisense interface, Alexa handles the natural language processing of voice-to-text, and Amazon’s artificial intelligence understands that one question might be asked in several different ways. It then hands off to Sisense, which parses the textual sentence for meaning and returns an answer.

Sisense’s staff can customize questions for a client, so that, for instance, a question about quarterly opportunity wins might always return the same metrics. Orad said a user usually keeps the questions fairly high-level, as granular drilldowns can sometimes become confused by such details as pronunciations of regions.

Sisense is currently beta-testing a more sophisticated kind of answering that explains the “how” and “why” instead of only returning facts. An answer about an increase in opportunity wins, for instance, might also include a couple of sentences about how the increase in advertising and more sales personnel had such-and-such impact on the increase of wins.

A typical use case for the Alexa front-end, he said, is a board meeting where someone just wants one piece of information, and so asks instead of drilling through screens.

The chat bot interface is available for such messaging apps as Facebook Messenger, Microsoft Skype, and Telegraph. Orad said this is typically used at companies that often communicate through group chats on, say, Skype. When they need a piece of data, they just ask the Sisense-bot.

The colored light offers a kind of Bat-Signal for marketers.

A connected lightbulb, such as Phillips’, is setup on WiFi and then shows up as an IP address on the Sisense dashboard. A user determines which KPIs will trigger which available colors.

If the daily sales goal is being met, your lamp might shine as a normal white bulb. But if it drops below, the lightbulb might turn red.

Orad noted that a VP of customer success at an unnamed client looks at the color of her desk lamp every morning when she comes into the office. If it’s green, she proceeds to the day’s regular work. But, if it’s red, she takes action. Similarly, the light bulb might quickly alert an entire team.

As for other kinds of non-dashboard interfaces, Orad says Sisense has experimented with virtual reality but it’s “not ready for primetime.” The reason: the goggles are clunky, and the interaction where you’re inside data is not intuitive.

But, he said, augmented reality — where generated analytics can be shown over reality as seen through a smartphone — might work.

Here’s a screen shot from the Sisense chatbot: