Notifications will now come via app and email for price drops on Buyable Pins.

Pinterest announced today that it will now notify users when there’s a price drop on Buyable Pins that they have saved.

The notifications will be served via the Pinterest mobile app and/or email, depending on how users set preferences in their settings. Pinterest said there are more than 1 million Buyable Pins that show price drops daily. 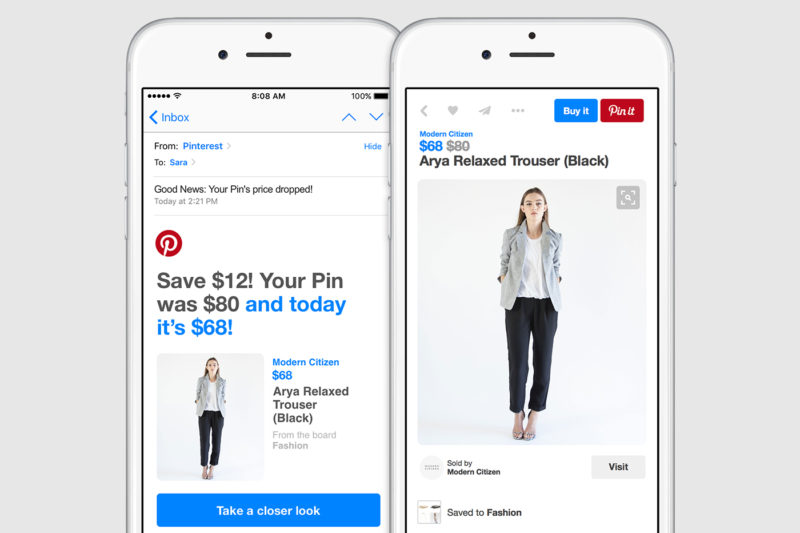 This move is an indication of Pinterest’s focus on its fledgling e-commerce feature. Launched this summer, Buyable Pins enable people to make purchases with a couple taps within the Pinterest iOS and Android apps. The company says it has signed up more than 10,000 retailers for the program — including major retail players like Nordstrom, Neiman Marcus and Macy’s — but hasn’t released much information about how well the Pins are performing.